Brianna Breedy has made the most of it of the game her father taught her.

As a daughter of a Scarborough Basketball Association coach Brian Breedy, Brianna said having her dad as her coach was a good experience. Coach Breedy was her biggest supporter as well as her biggest critic, which made her the player she is today.

“He always pushed me to be the best possible, even when I didn’t want to,” said Brianna, who played for the SBA from Grade 4 all the way to Grade 12. “He saw the potential in me when I didn’t. He was always there to give me pointers and run through drills with me.”

Brian enjoyed playing his daughter on one-on-one games in their driveway as he watched her skills develop.

“After Grade 10, it was no contest because she won every game after that,” he said.

Brianna will never forget the moment when her team won the Youth Basketball of America (YBOA) national championship in Florida in 2014. She described it as her fondest memory with the SBA.

“The competition and the overall experience are something that I will never forget,” she said, adding hows grateful she is the SBA allowed to her to build friendships and relationships. “I have met some incredible people through the organization and built friendships that will last a lifetime,” she said.

Breedy also got a chance to show her game at the Canadian national team tryouts for three straight years.

Being invited to those camps meant a lot to her because playing for the national team is something kids often dream about accomplishing. It made her realize that the work she was putting in was paying off.

Breedy is now playing NCAA Division 1  basketball with Oakland University. With three college seasons under her belt, she’s learned a lot and continues to improve.

“Being at university compared to high school is a whole new level.  Everything is at a greater magnitude and basketball is taken a lot more seriously.”

Her father felt a sense of pride when she made it to the NCAA.

“The work she put in to accomplish her dream since she was in the sixth grade” he said. “She always wanted to play in the NCAA.”

Breedy found the speed, pace, physicality and the intensity of the game at first was hard to adjust to at first.

“There was so much information given to me in such a short period time that at first it was overwhelming but after a while it was easier to process the information,” she said.

The former Scarborough Basketball Association player was the no. 1 ranked point guard in Canada in the 2018 recruiting class and Top-10 player by Crown Sports and helped the SBA Lady Blues capture the JUEL  Girls Elite League of Ontario Championship in 2017 and 2018. She also led Pickering High school to three Division I Provincial Regional championships (2015, 2016, 2017).

Named 2017 Ms. Basketball in Durham Region, two-time JUEL League First-Team selection (2017, 2018), 2018 All-Defensive Team and Molten All-Academic Team selection. She was selected as the starting point guard in the inaugural Bio Steel All-Canadian All-Star Game, and it goes on and on.

“Looking back at these accomplishments it blows my mind a bit. It reminds me how blessed I am to have accomplished such feats,” said Breedy, who played multiple sports growing up, including ringette and soccer.

“I have been a part of some great teams with great players that have been able to accomplish great things. I will never take what I have accomplished for granted.”

Her father loves all she has accomplished thus far basketball wise, but he’s more impressed with her academics.

“She has managed to maintain a 4.0 GPA in her three years of University, studying Health Sciences, while continuing to play at the highest level of amateur basketball in the NCAA,” he said.

LEARN MORE ABOUT OUR SBA FAMILY 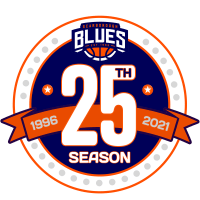 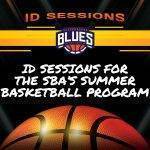 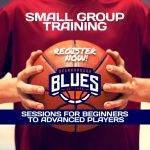 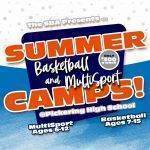 Formed in 1996 as a non-profit organization, the SBA has a simple game plan – to provide youth in and around the Scarborough area with the opportunity to grow and enjoy life through the sport of basketball.