It’s no surprise Kate Hill has excelled on the basketball court considering her family tree.

Kate Hill, a 2016 graduate of the Peddie School, was named MVP of her team in her senior season, averaging 12 points per game. She was named to the Times of Trenton All-Area team as a junior, with an average of 13 points and three assists. She also participated in both soccer and track.

Hill started her collegiate career at Rutgers and earned an Academic All-Big Ten Honours in her second season, appearing in 22 games while averaging 1.4 points, 1.0 assists and 0.6 rebounds per game.

In 2018-19 she transferred to Lasalle University but sat out due to the NCAA transfer rules. The following season she finished fifth in the NCAA — and first in the Atlantic 10 — in assist and turnover ratio at 2.95.

In March 2021, she finished her third season with LaSalle.

LEARN MORE ABOUT OUR SBA FAMILY 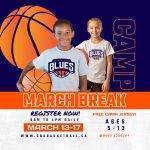 SBA has a vision to help grow basketball in 2023 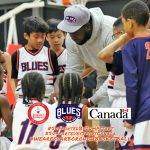 Formed in 1996 as a non-profit organization, the SBA has a simple game plan: to provide youth in, and around, the Scarborough area with the opportunity to grow and enjoy life through the sport of basketball.